You are using an outdated browser. Please upgrade your browser to improve your experience and security.
Slave rebellions
Media
Print
Thank you for your feedback

Slave rebellions, in the history of the Americas, periodic acts of violent resistance by black slaves during nearly three centuries of chattel slavery. Such resistance signified continual deep-rooted discontent with the condition of bondage and, in some places, such as the United States, resulted in ever-more-stringent mechanisms for social control and repression in slaveholding areas. In other places, however, the rebellions sometimes contributed to a growing belief on the part of colonial authorities that the institution of slavery was becoming untenable.

In the United States, the myth of the contented slave was essential to the preservation of the South’s “peculiar institution,” and the historical record of rebellions was frequently clouded by exaggeration, censorship, and distortion. Estimates of the total number of slave revolts vary according to the definition of insurrection. For the two centuries preceding the American Civil War (1861–65), one historian found documentary evidence of more than 250 uprisings or attempted uprisings involving 10 or more slaves whose aim was personal freedom. Rebellions were also frequent throughout the Caribbean region and Latin America. Few slave rebellions were systematically planned, and most were merely spontaneous and quite short-lived disturbances by small groups of slaves. Such rebellions were usually attempted by male bondsmen and were often betrayed by house servants who identified more closely with their masters. Not all revolts had complete freedom as their aim; some had relatively modest goals, such as better conditions or the time and the freedom to work part-time for themselves and their families.

A number of rebellions or attempted rebellions by slaves deserve special notice. Some of the earliest episodes occurred in the European colonies of the Caribbean and Latin America. At a sugar plantation in Veracruz in the Viceroyalty of New Spain (present-day Mexico), in 1570, Gaspar Yanga led the escape of his fellow slaves into nearby mountains. There they lived for nearly 40 years, arming and supplying themselves by means of raids on Spanish colonists. The Spanish colonial powers were aware of the community’s existence but made little progress against it until 1609, when they assembled troops to retake the former slaves. They razed the settlement and attacked Yanga and his followers, who took to the rainforest and waged guerrilla warfare against them. In the end, the Spanish agreed to a treaty that granted the former slaves their freedom and the right to create their own free settlement. In Veracruz they established the town of San Lorenzo de Los Negros (now called Yanga), the first settlement of freed African slaves in North America.

In late 1733 a massive revolt occurred on the Danish-controlled island of St. John (now in the U.S. Virgin Islands). Plantation slaves there took arms against Danish soldiers and colonists and eventually gained control of the majority of the island. They established their own rule, which lasted until French troops defeated the rebels in May 1734.

In the 17th and 18th centuries, Jamaica, a British colony with many sugar plantations, was the frequent scene of revolts. One of the most notable took place in 1760; an uprising of hundreds of slaves, led by an enslaved man named Tacky, inspired others across the island during the same period. In 1831 Samuel Sharpe led a Christmas Day general strike for wages and better working conditions. After the strikers’ demands were ignored, however, the strike turned to open rebellion by tens of thousands of slaves, who looted and burned plantations into January 1832 before being defeated by British troops. The Baptist War (so called because Sharpe was a Baptist deacon) was one of the largest slave rebellions in the British West Indies and contributed to Britain’s abolition of slavery in 1833.

The Haitian Revolution was a series of conflicts that took place between 1791 and 1804. General unrest arose in the early 1790s from the conflicting interests of the various ethnic, racial, and political groups in Saint-Domingue (now Haiti). A major slave revolt began in August 1791 and continued until France abolished slavery in February 1794. Leader and former slave Toussaint Louverture became governor-general in 1801. Napoleon Bonaparte reconquered Haiti in 1802. Napoleon’s expressed goal of restoring slavery prompted armies led by Jean-Jacques Dessalines and Henry Christophe to rise against the French and, after a bloody campaign, to defeat them. On January 1, 1804, Dessalines became the leader of the new country of Haiti, the world’s first state to arise from a slave rebellion.

The first large-scale conspiracy in the United States was conceived by Gabriel, an enslaved man in Virginia, in the summer of 1800. On August 30 more than 1,000 armed slaves massed for action near Richmond but were thwarted by a violent rainstorm. The slaves were forced to disband, and 35 were hanged, including Gabriel. The only free person to lead a rebellion was Denmark Vesey, an urban artisan of Charleston, South Carolina. Vesey’s rebellion (1822) was to have involved, according to some accounts, as many as 9,000 slaves from the surrounding area, but the conspiracy was betrayed in June before the plan could be effected. As a result, some 130 blacks were arrested, of whom 35 (including Vesey) were hanged and 32 exiled before the end of the summer. The third notable slave rebellion was led by Nat Turner, at Southampton county, Virginia, in the summer of 1831. On the evening of August 21, Turner and a small band of slaves started their crusade against bondage, killing some 60 whites and attracting up to 75 fellow slaves to the conspiracy during the next few days. On the 24th, hundreds of militia and volunteers stopped the rebels near Jerusalem, the county seat, killing at least 40 and probably nearer 100. Turner was hanged on November 11. As usual, a new wave of unrest spread through the South, accompanied by corresponding fear among slaveholders and the passage of more repressive legislation directed against both slaves and free blacks. Those measures were aimed particularly at restricting the education of blacks, their freedom of movement and assembly, and the circulation of inflammatory printed material.

Although the slave rebellion known as the Amistad mutiny occurred on a slave ship off the coast of Cuba in the summer of 1839, the 53 African captives who revolted were captured and tried in the United States after their ship entered U.S. waters. Their legal victory in 1840 in a federal court in Connecticut, a state in which slavery was legal, was upheld by the U.S. Supreme Court in the following year. With help from abolitionist and missionary groups, the Africans returned home to Sierra Leone in 1842.

Similar to the Amistad incident was an 1841 rebellion aboard a ship out of Virginia, the Creole, that was transporting slaves to New Orleans. According to the legend that has grown up around him—if not strict historical fact—the leader of the uprising, Madison Washington, was a formerly enslaved man who had escaped successfully and fled to Canada. He had returned to Virginia for his wife but was recaptured there and put on a slave ship in Richmond. Aboard the Creole, Washington and nearly 20 others led a revolt, gained control of the ship, and forced its crew to sail to the Bahamas. There, most of the slaves were freed; the conspirators, including Washington, were taken into custody and tried for mutiny. They were found not guilty, and Washington was reunited with his wife, who, again according to legend, had been on the Creole all the time, unbeknownst to him.

In the decades preceding the American Civil War, increasing numbers of discontented slaves escaped to the North or to Canada via the Underground Railroad network of antislavery advocates. Publicity in the North concerning black rebellions and the influx of fugitive slaves helped to arouse wider sympathy for the plight of the slave and support for the abolition movement. In the European colonies of the Caribbean, slave resistance, rebellions, and revolution similarly contributed to the eventual abolition of slavery.

This article was most recently revised and updated by Lorraine Murray, Associate Editor.

History at your fingertips
Sign up here to see what happened On This Day, every day in your inbox!
Thank you for subscribing!
Be on the lookout for your Britannica newsletter to get trusted stories delivered right to your inbox.
Slave rebellions

Virtually any topic for the virtual learner. 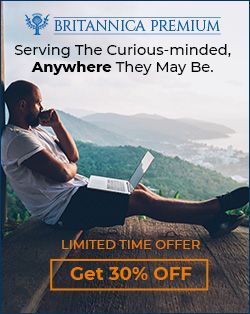